During an inspiring TED conference from December 2017, Aaron Hesse, Datacenter Engineer at AWS, explained how the energy sector of our global economy was changing faster than almost any other sector and how smart-buildings were becoming a reality, not just some fancy ideas in a Ray Bradbury’s book scenario.

It’s two years later, we still don’t know exactly how many more smart-buildings have been built or are being built. In the datacenter industry, we can quite confidently say that we are some way off from seeing smart datacenters popping up around the world. Nevertheless, things are slowly changing. Some encouraging initiatives are taking place indicating that creating environmentally sustainable datacenter is not just some utopia or the dream of a few. Datacenter can actually change from a feared source of pollution, into energy contributors to surrounding communities. An example of this is in the case of EcoDatacentre as presented by Jonathan Evans. 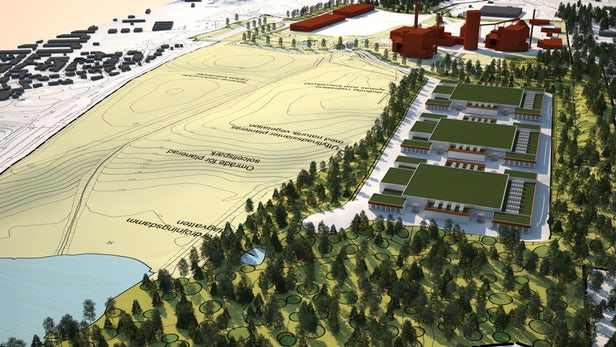 Big players (such as Google, Facebook, Apple, etc.) are actively looking for new ways to make the datacenter industry a sustainable one, pushing the envelope of green innovation. Though it must be said that the datacenter ecosystem comprises many smaller providers who, clearly, struggle to match the commitment to renewable energy and eco-friendly procedures, and this is not only because of lack of available resources.

The not so Green Datacenter

The global datacenter market is expected to reach revenues of about $174 billion by 2023, according to experts’ forecast. The fast-paced growth of Deep Learning, Machine Learning, IoT, Smart City, IA, and blockchain (just to name a few of the trends that are powering the undergoing digital transformation) is responsible for the rapid expansion witnessed by datacenters and HPC. These new trends require the processing of large quantities of data, that translates into a necessity for greater computational capacity. Resulting in greater consumption of energy, which obviously is what makes datacenters a not so green industry, to say the least.

Just like the Industrial Revolution brought economic growth, imposing a heavy toll on the environment, the Digital Revolution we are living today has radically improved our lives, but with dramatic consequences on the environment. Even though datacenters do not spew out black smoke or grind greasy cogs, the social and environmental impact of the datacenter industry tends to be unnoticed or underestimated.

A new study revealed that datacenters computing output jumped six-fold from 2010
to 2018, with a general energy consumption rise of about 6%. In 2018, datacenters accounted for about 205 terawatt-hours of electricity usage, i.e. roughly 1% of all electricity consumption worldwide, according to a report from Science.

With these figures in mind, datacenters need to rethink their strategy, to become smarter, more efficient and sustainable (the fourth most pressing concern of today datacenters along with energy efficiency, operating costs and security). The Need to Change

How has the datacenter industry reacted to this problem?

So far, we’ve seen different attempts to minimise the impact on the environment by limiting the electricity consumption or by finding ways to use natural resources as a cooling system. Last year, Microsoft launched the Project Natick, where an eco-friendly datacenter was lowered into the sea of the Orkney Islands. 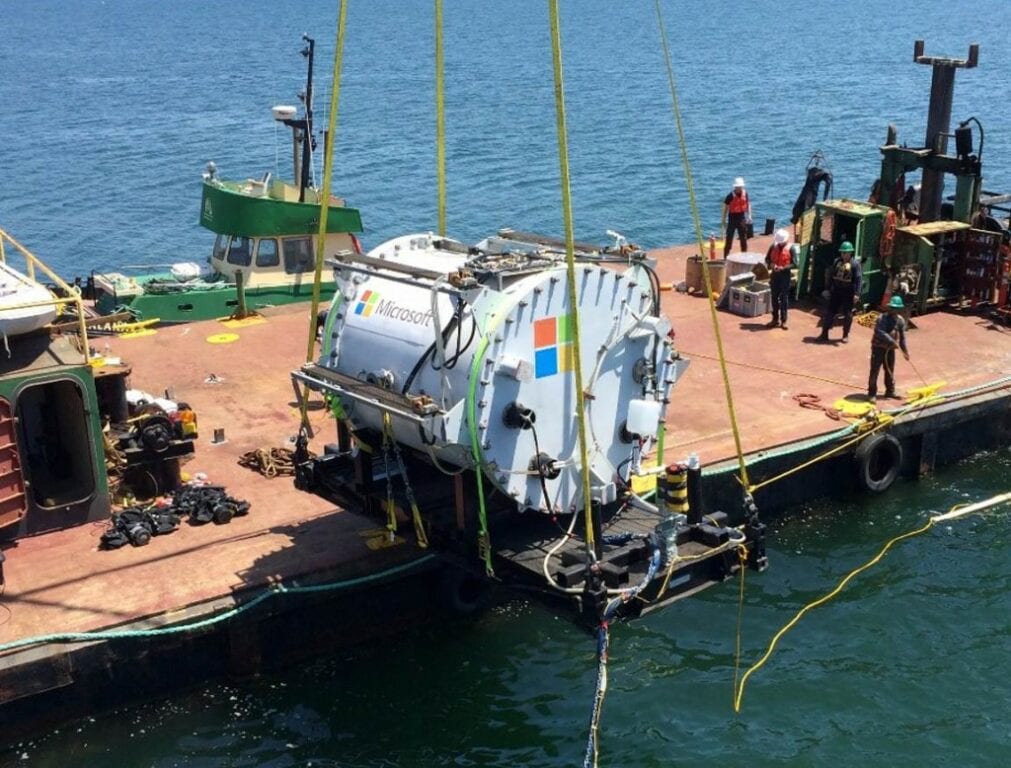 ‍In recent years, many companies have started to look at cold-climate regions as an ideal setting for building their datacenters. The Nordics are likely to gain market share thanks to some key advantages such as: abundant renewable energy, carbon neutrality, reliable power supply, low energy prices, political stability and faster time-to-market primarily due to ease of doing business.

However, moving datacenters to the Nordics might be an option not for everyone. For example, there are companies that need to have their data close to their business and customers, or there are those that cannot consider renewable energy as a first choice due to the nature of their business. Latency problems might arise when a datacenter is far from where it is needed. Finally, there are also those who are concerned by the impact on the environment and energy consumption provoked by a potentially massive migration of datacenter in those relatively contaminated (or almost uncontaminated) areas.

A Future with Power-Efficient Datacenters

One of the biggest mistakes when pursuing ways to create a sustainable datacenter is just thinking about the “outside”: the location, the kind of resources it uses, the climate, the temperature, etc. It is actually time to start considering that energy efficiency and, consequently, sustainability is a challenge that must be tackled from the outside and also from the inside. By rethinking the design of every single element of a datacenter: from the building itself, until the smallest component of a server, as explained by Rabih Bashroush.

In a recent webinar organised by Submer Immersion Cooling, John Laban, from Open Compute Project, explained this concept, focusing on how to achieve energy efficiency in a datacenter by identifying all points of electricity waste in the delivery of power to datacenter and HPC. Another aspect that dramatically affects the efficiency and sustainability of a datacenter is cooling. The cooling process accounts for 40 percent of all power consumed by datacenters, finding the correct cooling strategy is a top priority for operators.

There are different methods of cooling for datacenters:

In this scenario, Submer does its part. How?

Submer Immersion Cooling is changing how datacenters are being built from the ground up, to be as efficient as possible and to have little or positive impact on the environment around them.

The Immersion Cooling solutions designed by Submer, have been conceived to make datacenters, HPC and hyperscalers smarter, helping them to drastically limit the use of energy, their footprint and their consumption of precious resources such as water. 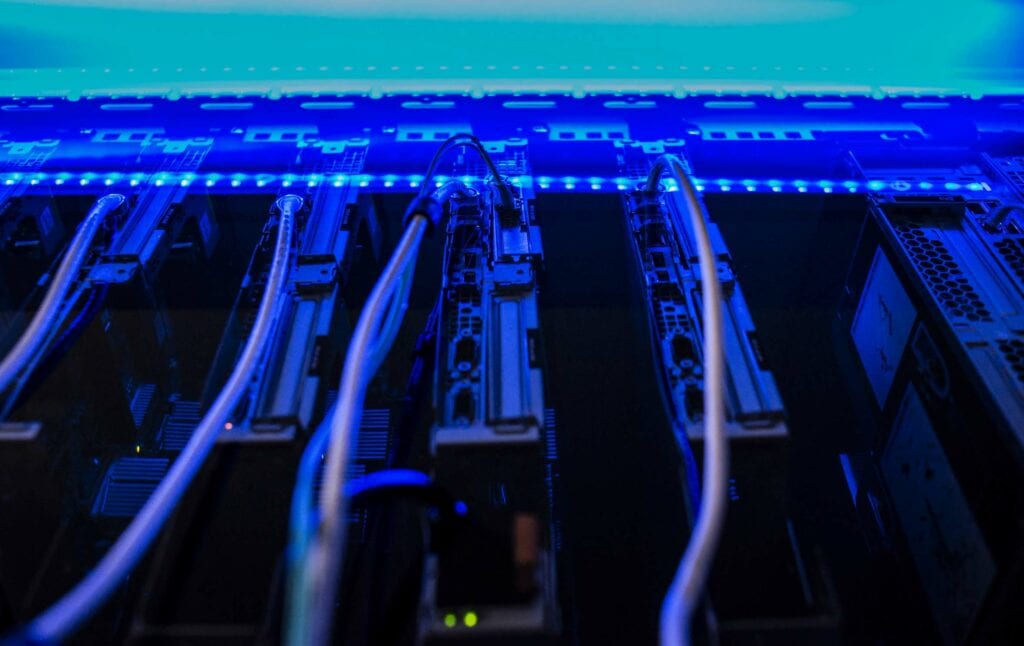 Not only that. Starting from February, we’ve launched a new series of webinars and blog articles around HPC and datacenters to share knowledge and raise awareness on the role of datacenters and HPC in our society. A sort of speakers’ corners, where our guests can freely talk about their experience and share their point of view on different topics: from datacentre design, to Immersion Cooling integration, from the environmental and social impact of datacenters to best practices to limit the electricity waste, etc. (The article was originally published on https://www.publishing.ninja/V4/page/9337/378/84/1 and presented in a printed form in The Data Centre Trade Association magazine)

This website uses cookies to improve your experience while you navigate through the website. Out of these cookies, the cookies that are categorized as necessary are stored on your browser as they are essential for the working of basic functionalities of the website. We also use third-party cookies that help us analyze and understand how you use this website. These cookies will be stored in your browser only with your consent. You also have the option to opt-out of these cookies. But opting out of some of these cookies may have an effect on your browsing experience.
Necessary Always Enabled
Analytics
Performance
Functional
Non Necessary
Advertisement
Save & Accept